The two-venue exhibition marks the first time the 1970 album of drawings and watercolors will be on public view, providing a remarkable example of Picasso's mature working process. An accompanying catalogue reproduces the front and back of each of the 26 works and features original essays by celebrated Picasso biographer John Richardson and independent scholar Olivier Berggruen, the youngest son of Heinz Berggruen. John Berggruen is the eldest son of Heinz Berggruen.

During his 90th year, Picasso executed the 26-page album over the course of nine days while at his home in Mougins, France, shifting his medium between pen-and-ink, pencil, ink wash and watercolor. The compositions vary in style and subject matter but most feature female nudes. Some of the works contain multiple female figures, while others combine a female nude with a still-life or male nudes. John Richardson has suggested that the album demonstrates references to the work of Ingres and Goya and that some of the female figures depict Picasso's wife, Jacqueline. The exhibition also provides insight into the collecting style of one the world's leading art collectors.

A successful international dealer for 25 years, Heinz Berggruen closed his Paris art gallery in 1980 to devote more time to his personal collection. In 1987 Berggruen donated 90 paintings by Paul Klee to the Metropolitan Museum of Art, and in 1996 a significant part of his collection was set aside to form the Sammlung Berggruen, one of Berlin's most important museums of modern art. In addition to works by Picasso and Klee, Berggruen has collected major works by Braque, Cezanne, Giacometti, Matisse, Seurat and van Gogh. A Berlin native who immigrated to the United States in 1936 to study art at Berkeley and escape Nazi Germany, Berggruen moved back to Berlin in the mid-1990s. 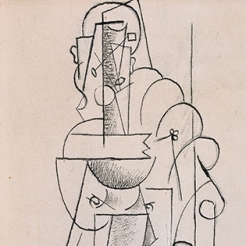 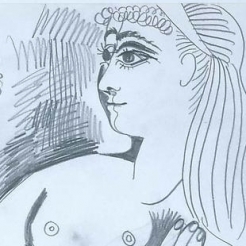 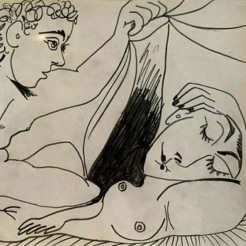