The sculpture, paintings, and drawings that comprise Dine's most recent exhibition devote themselves exclusively to the spirit and imagery of the classic children's story, Pinocchio. Initially written by Carlo Collodi between 1881 and 1883 as a serial for an Italian newspaper, the story went on to inspire the book The Adventures of Pinocchio: Story of a Puppet in 1883 and was then adapted in 1941 to film by Walt Disney. Dine was first introduced to Pinocchio at the age of six and recognized very early on the relevance of the tale as an allegory for the capricious struggle of making art and for the unpredictable existence these works of art lead after they leave the artists studio and enter into the world beyond. Pinocchio himself endures many harrowing situations. He is eaten by a fish, transformed into a donkey, forced into hard labor, and narrowly escapes annihilation in nearly every chapter of the story. While Dine most certainly is aware of these scenarios, he has not included them in the works on display in Pinocchio as I knew him this Year. Rather, he has constructed his own translations on the novel's subject and underlying theme, and in emphasizing the transformative nature of art (by giving Pinocchio new life on paper, canvas, and wood), has underscored the relationship between material and maker.

Jim Dine was born in Cincinnati, Ohio, in 1935. He studied at the University of Cincinnati and the Boston Museum School and went on to receive his B.F.A. in 1957 from Ohio University, Athens. Following graduate study at the University, Dine moved to New York City in 1958 where he was quickly embraced by the Pop Art community. He held his first solo exhibition in 1960 at the Judson Gallery. His work has since been the subject of nearly 200 solo shows, including three major museum retrospectives. Jim Dine's work can be found in numerous private and public collections throughout the United States and abroad including: The Metropolitan Museum of Art, New York; Smithsonian Institute, Washington DC; The Museum of Modern Art, New York; Hakone Open-Air Museum, Hakone-machi, Japan; the Tate Gallery, London, England; and the Whitney Museum of American Art, New York, among others. 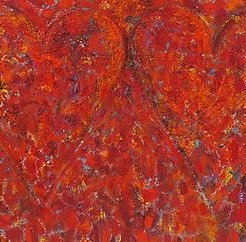