Richard Diebenkorn was born in April, 1922 in Portland, Oregon. Diebenkorn served in the U.S. Marine Corps from 1943 until 1945, and upon his return from military duty to San Francisco, Diebenkorn took advantage of the G.I. bill to study at the California School of Fine Arts. It was at the California School of Fine arts where Diebenkorn met many serious contemporaries who would remain friends and artistic colleagues, including David Park, who would have an especially important influence on him. Diebenkorn and his wife, Phyllis, eventually settled in Sausalito, where the artist became a faculty member at the California School of Fine Arts in 1947. Fellow teachers there included Clyfford Still, Elmer Bischoff, Hassel Smith, Edward Corbett and David Park. Diebenkorn's first one-person exhibition was held at the California Palace of the Legion of Honor in 1948, a singular distinction for so young a painter. Diebenkorn eventually moved to Berkeley in late 1955 and continued working in a highly abstracted style. Diebenkorn then suddenly launched upon a path that veered dramatically from his extended early abstract period: he began to work in a "representational" mode, painting and drawing landscapes, figure studies and still lifes. With fellow artists David Park, Elmer Bischoff and later Frank Lobdell, he regularly worked on figure drawing from models; one of his largest bodies of work comprises exhaustively experimental figure drawings. He was also prolific in the still life genre: some of his nearly monochromatic still life drawings are among the most distinctive, and ravishing, in twentieth century art. In 1980 and 1981, Diebenkorn temporarily changed direction, producing a rather eccentric group of works on paper known as the "Clubs and Spades" drawings. They were, at least in part, inspired by the artist's lifelong interest in heraldic imagery, and their explorations of form would reappear in modified form at the very end of his life. Diebenkorn and Phyllis then moved from Berkeley to Santa Monica in 1966 where Diebenkorn accepted a teaching position at UCLA. Within several months of beginning work in his first Santa Monica studio, located in a neighborhood near the beach known as Ocean Park, the artist embarked on the great cycle of paintings and drawings known as the Ocean Park works. In doing so, he definitively ended his figurative approach, to invent a unique abstract language he would develop until 1988. In the spring of 1988, the couple moved from Santa Monica to Healdsburg, California, to a rural home near the Russian River, overlooking vineyards and scrub-oak hillsides. In his Healdsburg studio he worked in mostly small scale, producing some of the most gem-like, quirkily decorative, and perfectly executed, works of his life. Though he experienced serious health problems during much of his time in Healdsburg, he was able to continue his restless exploration of form and color and poetic metaphor. In late 1992, the Diebenkorns were forced to take up residence at their Berkeley apartment in order to be nearer to medical treatment. They looked forward to returning to Healdsburg, but were never able to do so. Richard Diebenkorn died there on March 30, 1993. 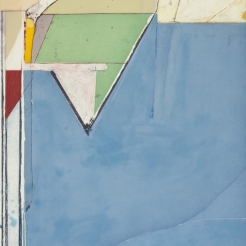 Exhibition
Richard Diebenkorn
A Selection of Color Prints from the 1980s and 90s November 2 - December 23, 2017 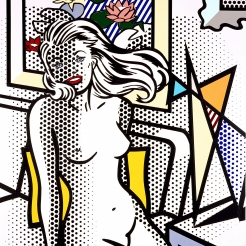 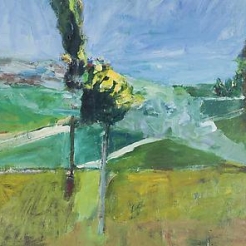 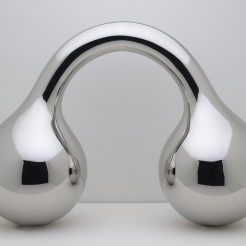 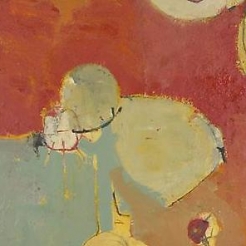 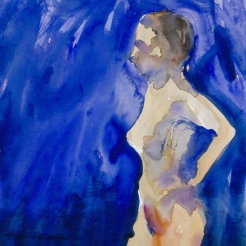 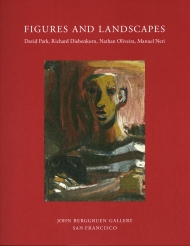 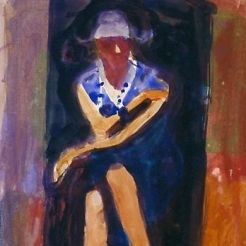