Jim Dine was born in Cincinnati, Ohio and became a prolific painter, graphic artist, poet, and sculpture during the Pop Art period. Although Jim Dine has been called a pop artist, his aesthetic is far more within the tradition of Abstract Expressionism, Dada and Neo-Surrealists. The objects he uses are either personal, such as his own clothes, or newly purchased, as in the case of new shovels or wrenches. Nor is the object presented as an entity; instead, Dine places it within a painterly environment that has personal connotations for him. In the mid-sixties, he made a number of free-standing cast aluminum and, in the following decade, he began producing works in series, representing three-dimensional objects such as the robe, tools, or heart that have become his own icons. In the 1980s, his interest in objects evolved towards the creation of sculpture. Jim Dine's work is included in numerous international public collections including: The Art Institute of Chicago, Chicago; Hirshhorn Museum and Sculpture Garden, Washington, D.C.; Louisiana Museum of Modern Art, Humelbeak, Denmark; The Metropolitan Museum of Art, New York; Musée National d'Art Moderne, Centre Georges Pompidou, Paris; Museum of Fine Arts, Boston; The Museum of Modern Art, New York; National Gallery of Art, Washington, D.C.; Solomon R. Guggenheim Museum, New York; Stedelijk Museum, Amsterdam; and Tate Gallery, London. 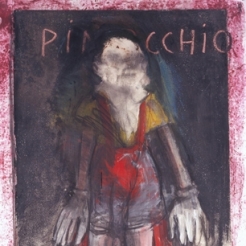 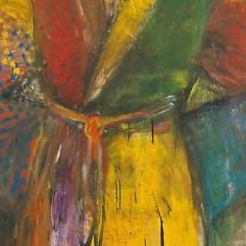