Henri Matisse was born in 1869 as the son of a grain merchant in the Picardy region of northern France. He studied law and worked as a law clerk. When Henri Matisse was 21 years old he became seriously ill. During the phase of convalescence Matisse started painting and discovered his love for art, which would eventually become his life-long passion. Two years later, in 1892, he gave up his career as a lawyer. He attended art classes at the Ecole des Beaux-Arts in Paris and dabbled in different styles. Matisse then was influenced by the impressionist and post-impressionist painters Pisarro, Cezanne, van Gogh, Gauguin and Paul Signac and by the paintings of W. Turner. Around the year 1905 he finally found his own style characterized by daring, bright colors executed in a broad brush stroke. As a draughtsman, printmaker, and sculptor, but principally as a painter, Matisse is one of the best-known artists of the 20th century. Although he was initially labeled as a Fauve, by the 1920s, he was increasingly hailed as an upholder of the classical tradition in French painting. His mastery of the expressive language of colour and drawing, displayed in a body of work spanning over a half-century, won him recognition as a leading figure in modern art. 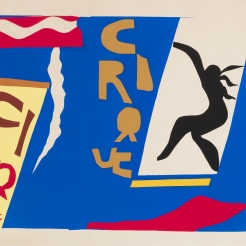 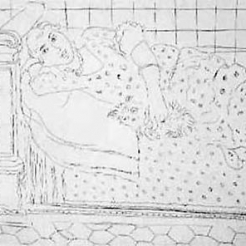